A new tutorial is available in my Etsy shop for the Rhombic Mosaic icosahedron! This icosahedron is Not Made From Triangles! Instead it uses peyote diamonds for a new take on this basic geometric shape! 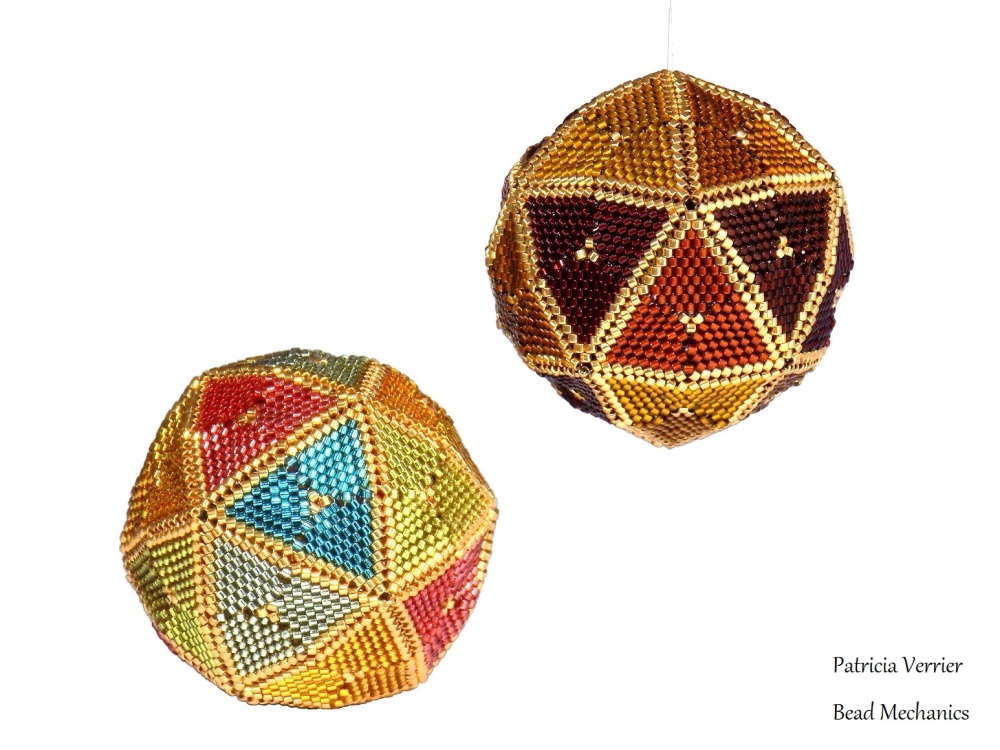 This method of making an icosahedron means than you get distinct triangular faces rather than the diamond shaped faces you get if you use triangles. Here’s a comparison of two – Rhombic Mosiac is on the left and an icosahedron made from peyote triangles on the right: 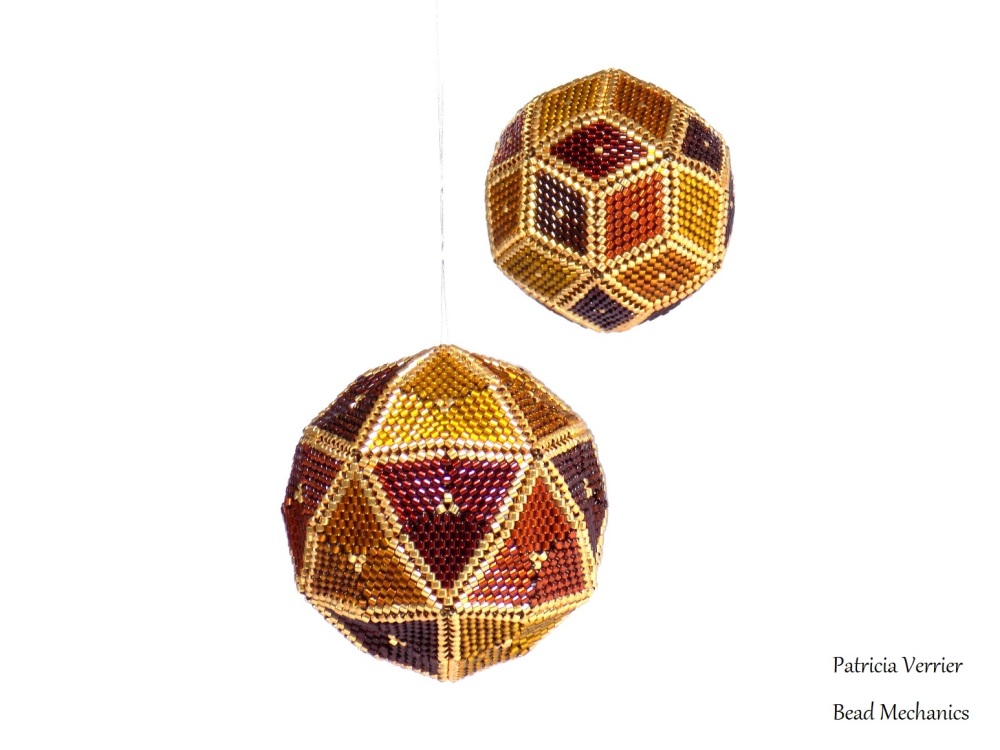 I really like the effect this construction method gives! I started working on this idea last year with my initial Not Made From Triangles tetrahedron: 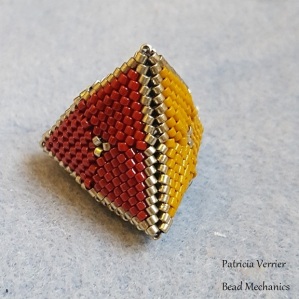 Since then I’ve tried a few other shapes as well – here is a Not Made From Triangles octahedron along with the triangle version:

I really enjoy making polyhedra using this method and have a number of other shapes already planned!

The pattern in the tutorial uses five different colours for the faces of the icosahedron and has every possible combination of each five at each vertex exactly once. Both colourways are in the tutorial too!