Work has been slow on my next geometric shape, so I thought I’d revisit a piece I made about this time last year: a double rick-rack with a Mookite cabochon. There are some great bangles with tear-drop stones in the Contemporary Geometric Beadwork project — see the CGB facebook page for a photo of an amazing one by Cate Jones! When I saw this cabochon I knew what I had to make with it!

It’s a bit of a departure from my normal work as it’s the only bangle I’ve made in the flat and the only one I’ve made with size 11 seed beads instead of delicas. I really like the effect of the seed beads though, and their larger size made it possible to mix in a row of 2mm stones as well. 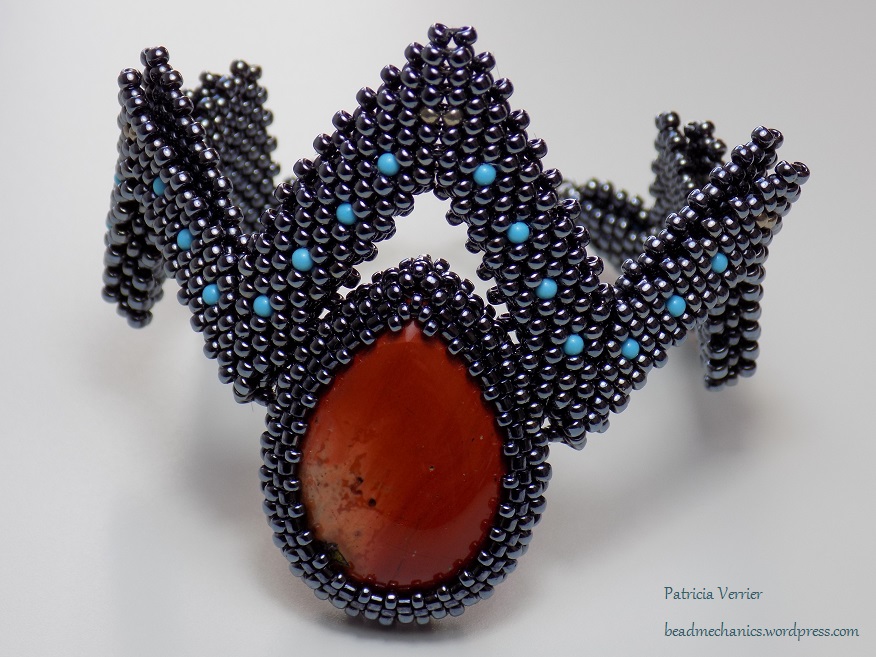 It’s a standard rick-rack built off an MRAW base, with a slightly larger peak in the centre than the sides. The bezel for the Mookite cabochon is also a simple MRAW band with a few rows of delicas and size 15 seed beads on the back and front. It’s joined to the band using a few extra stiches and beads at the sides of bezel.

When working in the flat there’s always the question of what to do at the ends. I decided to finish them straight and use that edge as a base for a few rows of herringbone stitch on both the front and back. I then joined the band to a simple toggle clasp with a couple of jump rings. 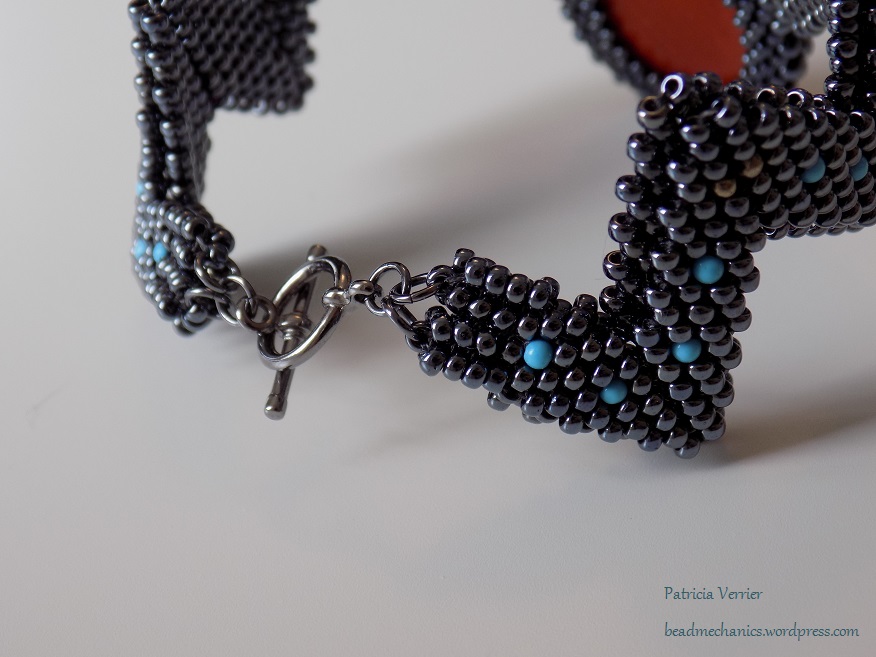 I was worried that it might not sit well when worn, but the cabochon seems to balance quite nicely and stops it twisting round. I’ll definitely be making more bangles with seed beads in the future!