I’m busy making a new geometric sculpture, so I thought I’d take a break and take look back at an older piece. This is an icosahedron I made almost 2 years ago now. 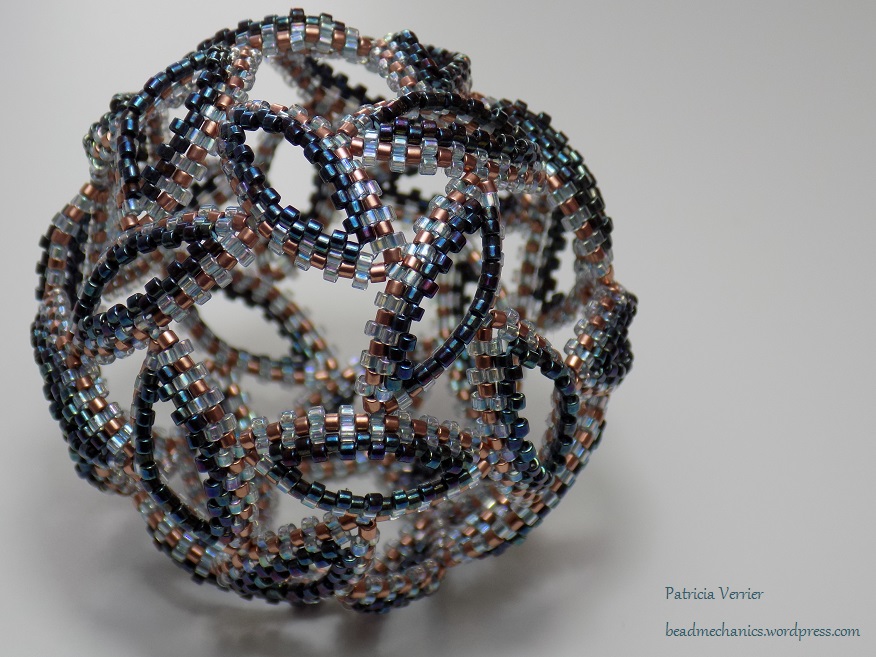 Unlike my beaded dodecahedron, this piece has a chirality because of how the ovals are arranged to make each face. Chirality just means that a shape looks different to its mirror image. You can see that here – the ovals all point out clockwise around each triangle, but the mirror image would have them all pointing anticlockwise. One day I’ll make the mirror image version to match!

I’d also like to try this pattern as a truncated icosahedron (which is an icosahedron with the vertices cut off, so it’s made up out of pentagons and hexagons – like a football). I think it’d look good as a larger shape, but I’m slightly put off by the 90 edge pieces I’d have to make!