Here’s an interesting variation on a hyparhedra – a rhombicosidodecahedron which uses both warped squares and hexagons. 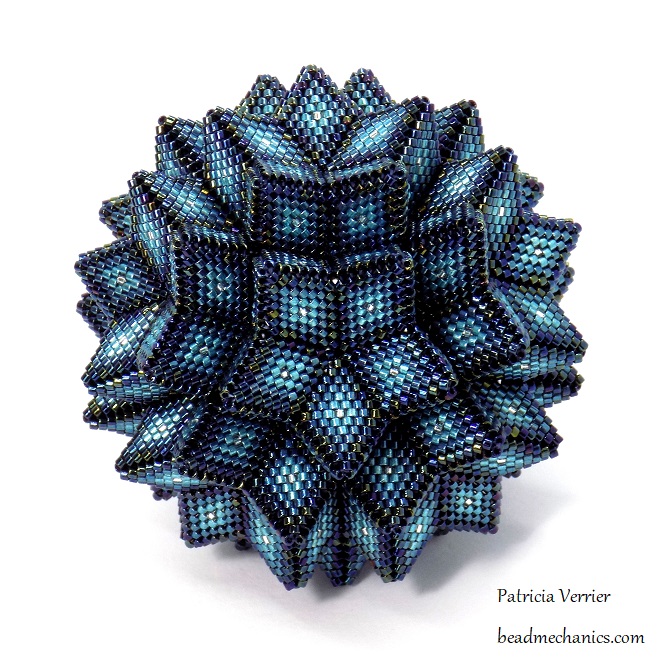 As you can see it’s pretty big! It took a lot longer to bead than I thought it would, but I’m very happy with how it turned out.

The idea for this started with a geomag 1.5 scale rhombic hexacontahedron by Rafael Millán, which I came across earlier this year. At about the same time I was working on warped square hyparhedra, and I realised that this polyhedron would be possible as a hyparhedron using a combination of both warped squares and warped hexagons. Essentially it’s a variation on the warped square rhombicosidodecahedron hyparhedron where the three warped squares making up the triangular faces are replaced by a single warped hexagon.

I’ve wandered into this idea before with the truncated tetrahedron hyparhedron – on the left in the photo below is the warped square hyparhedron version and on the right is the variation with the triangular faces replaced with warped hexagons:

It’s interesting to see that it also works with a larger shape. I’m still working on the plain hyparhedra version of the rhombicosidodecahedron, but it will be great to see them side-by-side when finished too!

This one took too long to create a tutorial, but here’s a layout diagram if you want to attempt it! In total it needs 20 warped hexagons and 60 warped squares. The warped squares sit over the edges of the pentagons, with the peaks and the corners and the valleys meeting at the centre. The diagrams below show the top half of the rhombicosidodecahedron. On the left is the position of one warped square outlined in red – the increases are shown as dashed lines and the peaks marked with circles. On the right a whole set of warped squares is shown around the top of the shape. 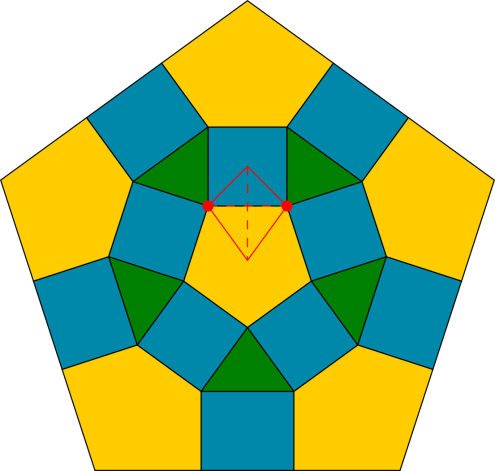 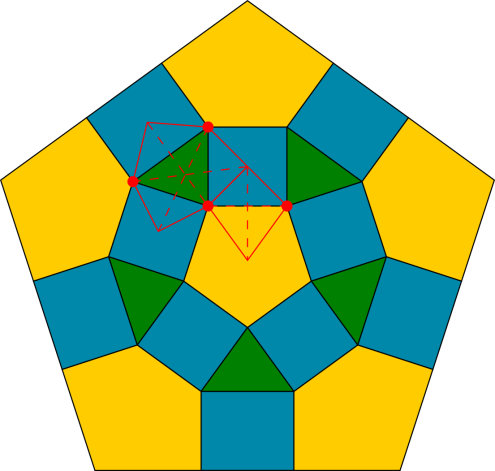 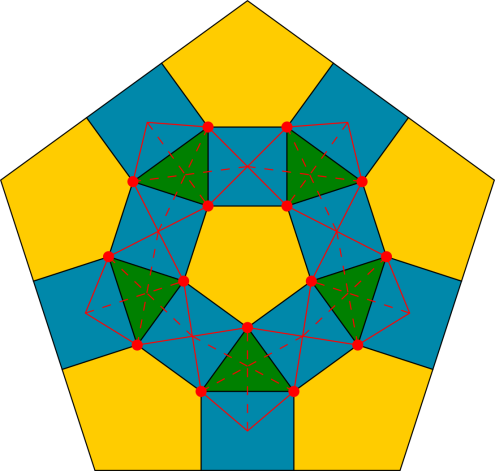 I made the warped hexagons completely, and then joined the warped sqaures to them. The angles in the square faces are quite tight, so I tried to always start the join towards them and end it at the pentagon side, so there was more space to work. As ever with these shapes, a curved beading needle is essential!

It took me a while to get my head around the shape, but it eventually clicked! Just ask if you have any questions about it! 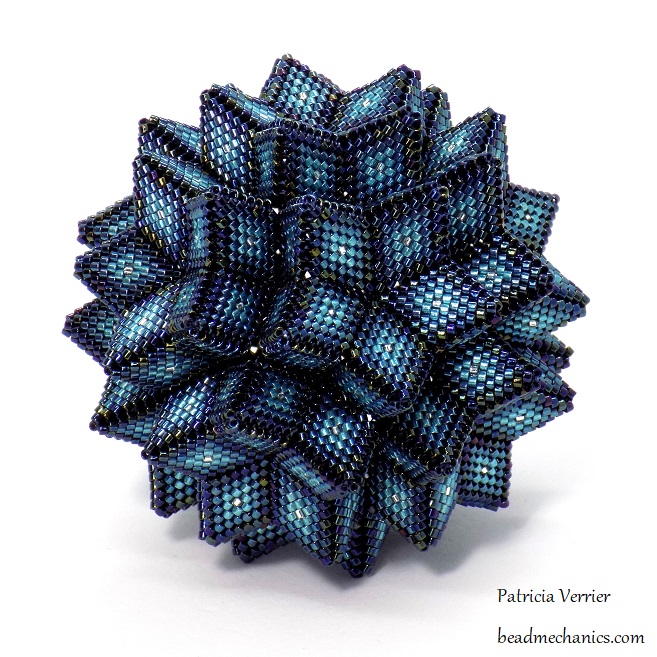